Today, I think I'm going to discuss an important goddess to the city cult of Qart-Hadasht.  And that goddess is the Greek goddess Demeter.  This post will be something of a 'deity' post, and something of a history post.  It's really no suprise that her cult ended up in the city, as foreign gods were long adopted by the Canaanites.  At Ugarit we see Hittite and Hurrian deities alongside the major ones.  And at Sidon and Tyre we see Egyptian gods.  Same in Qart-Hadasht.  We find many Egyptian gods, and in later periods some Greek and Roman gods as well. 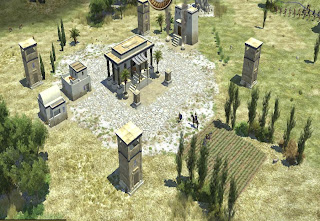 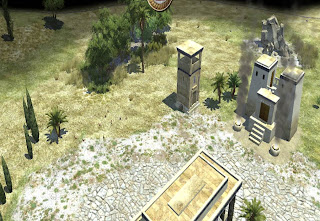 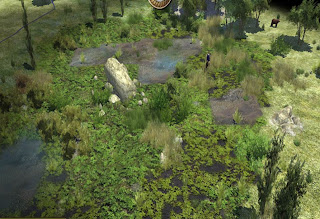 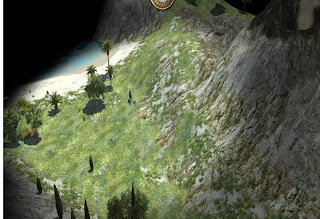 Both the Canaanites and the Greeks had several rural villages on the island to supply the cities with produce from agriculture.  To the Canaanites, an important god was Baal, as he allowed the rains to fall.  For the Greeks, Zeus was important, though the main deity was Demeter.  Demeter had several shrines built to her in the Greek villages.

Soon, as can be expected, tensions began to grow between these two peoples.  When the Greeks landed in Sapan (Iberia), another area controlled primarily by Canaanites, the Canaanites fought back.  The defiant kingdom was Qart-Hadasht, which showed violent resistance to Greek expansion.  Eventually, many wars broke out.  This period was around the same time that the Persian Empire was becoming powerful in the east.

With the former king, King Hannibaal, dead, it was up to his successor Himilkat to take up the crown and resolve the issue of the wars for Shekelesh.  King Himilkat brought his army to the marshland around Syracuse, and besieged the city in an act of revenge against the Greeks for attacking a Canaanite city.  Himilkat's army camped in and around the temple of Zeus.

Himilkat's men attacked the city and succeeded in breaching the city walls, unleashing destruction upon Syracuse.  They attacked and destroyed the temple of Demeter, which stood in the city.  A plague then broke out, killing many men, and it was revealed through divination that it was sent by angry gods for destroying the temple and for setting up camp in another.  Himilkat himself was no stranger to divine wrath.  The former king, Hannibaal, himself had fallen to a plague sent by gods and the shades of the dead for desecrating tombs to gain resources.  The newly-crowned King Himilkat had made offerings to various gods, and had made a grand sacrifice to Baal Hammon.  This had stopped the plague before, but now seemed to have no effect.  Himilkat withdrew from the island, after an attack by the Greek King Dionysius I at sea.

Arriving back in his home city, Himilkat moaned and wailed with his hands stretched to the heavens, accepting full responsibility for what he had done.  He stood before the ruling council of judges at the city and testified to it, then dressed as a slave and wandered all the temples of the city before bricking himself in his house and starving himself to death.

The judges then decided that Greek youths should be sent to the city to serve as priests in the new cult of the offended goddesses, Demeter and Kore.  A temple was constructed, and Greek priests began the rites of the goddesses in Qart-Hadasht.


Since then, Demeter became an important goddess to the Qart-Hadashtites and their colonies.  She was perhaps known as Da'mat, and her daughter Kore was identified with the Canaanite goddess of the underworld, Allani.  Da'mat was also important at Shekelesh, and farmers built shrines to her in rural Canaanite villages on the island.  All of Da'mat's temples were built low into the ground, and the interior was decorated as a Canaanite tomb.  This was to show Da'mat as an underworld goddess.

Da'mat is worshiped as part of a triad consisting of Tanit, Da'mat, and Allani.  She is a goddess of farmers, farms, and villages.  She is worshiped in small shrines on the harvest with offerings.  The actions while performing these offerings are important.  Also, all of her sanctuaries are lowered slightly into a kind of pit.  When making offerings, one does so low down.  Da'mat is an underworld goddess, and she is the goddess of life and how it triumphs over death.  Her symbols are associated with eternal life, and she is worshiped alongside Tanit as the goddess with the power to grant life.  Da'mat is also honoured with Greek-style games, however, it is important to note that although she was originally (and still is) a Greek goddess, her worship at Qart-Hadasht (though done respectfully) was somewhat different, and fits into the Canaanite religion.