Offerings at the shrine

Today I made some offerings at my household cultic shrine for the Teraphim (household gods).  I took a cup of water up to my bedroom, then approached the shrine on the far wall.

The reason I was making offerings was in fulfillment of a promise that I would give the household deities offerings if they protected the house while I way away on a journey to an inn for two days (the same journey I spoke of in the blog post about my offerings to the deities when I returned).

I went to the shrine, and took the ritual bell, ringing it several times to ward off evil spirits.  I then bowed seven times and prayed.  I took a few moments of contemplation, during which I thought of these benevolent household gods and how they have been near my family and watched over me and the household since I was born.  I thought of the number of Canaanites, ancient and modern, who might do a similar ritual at their own household shrines.

I then placed the cup in the shrine and gave the deities the water as an offering.  After this was done, I bowed and left the room, removing the cup and drinking the water within as I went downstairs.  I was in high spirits, and felt calm and tranquil. 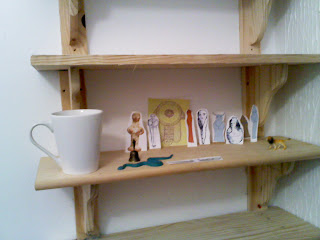 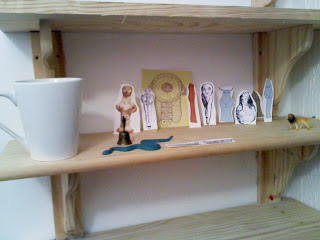 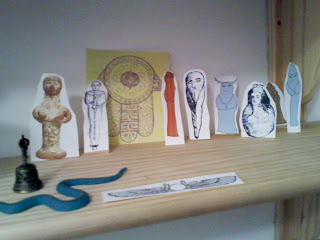