A dream of Melqart

Dreams are messages from the divine.  Recall the dream interpretation powers of Joseph which made him famous in the court of the Egyptian king.  Remember also at a later date how Daniel managed to impress the Babylonians at the court of Nebukadrezzar.  In both cases though, the king in the story was unsure of what his dream was about (in the first it was a prophecy of a seven-year famine that would soon fall upon all of Egypt and Canaan, while in the second it was a prophecy of the fall of the Babylonian Empire to the Medes and Persians, and after them to several other empires- including the Seleukids and Ptolemies "who did not mix").  On the other hand, the story of Keret tells us of a king who knew what was occurring in his dream and knew it to be a message from God.  Throughout the history of the Near East, kings would leave accounts of their dreams in tablets.  They needed dream interpreters to work out what was happening.  And in temples, there is still even to this day a custom of sleeping in the outer sanctuary for the night in order to induce a dream.

I'm going to tell a story now of my own dream.  This occurred to me when I was about 14 years old, during the early summer period.  I had returned from school to an empty house, and with my brothers away, I was preparing to spend some time in peaceful meditation in order to come close to the divine.  I had a cool and relaxing bath, allowing its cleansing waters to fall over my skin.  Then I emerged and put on some light clothes, before leaving the bathroom and going upstairs.  The sun blazed in heaven, and a cool and pleasant breeze emerged as I opened the window of my bedroom.  I sat cross-legged on the floor, lighting some incense and allowing its luxurious scent to drift lazily around the room.  Upon a shelf I placed some gold, silver, lapis lazuli, and gems.  Then I allowed myself to come slowly into a meditative state.  It became a custom for me at that time to grow closer to God by focusing in meditation upon a different god or goddess each day.  I had a small invocation for some of the elohim, and I also liked to focus on some images of them I had created.  My days then were relaxed and spiritual.  For a few minutes I would temporarily leave this world in the spirit and be in a house of the gods, facing a brick wall and inhaling the smell of the incense and perfume.  I would see below me the waters of the abyss, and above me the azure vault of heaven.  Around me would be green trees, hills, and valleys; with a clear blue river flowing through them.

I would also devote some time to studying, and writing down my finds on divination and mysticism and correspondences into some books.  At night I would store them by my bed in a cabinet as I slept.

One night in particular strikes me as memorable.  In this night I dreamed.  Dream interpretation was the first form of divination that interested me that I can remember.  I had been interested in it since first hearing the story of Joseph in Genesis.  This night I was dreaming.  In the spirit I was not lying in bed, but was sitting in the divine council on Mount Lel.  Around me sat the assembly of the deities, feasting and drinking.  We were in a large hall, and I saw the numerous gods and goddesses that I had seen previously in the form of small temple idols and cult statues that adorn the sanctuaries.  Now they were sitting here beside me.

Sitting directly to my right was a powerful figure, holding a club and wearing dark blue robes.  This was the divinity Melqart.  We spoke together, though I regret that I now do not remember what was said.  But to speak to the gods was a blessing.

The dream changed, and we were on the shore of the sea.  At first I thought that the waves were powerful, but Melqart stood beside me and struck them with his club.  The sea parted, and we began to cross it.  I also seem to recall riding upon Melqart's hippocampus.  However, I woke up before I remembered anything else.

This dream is significant to me as being one of the most memorable, and a sign that the gods were close and were communicating with me. 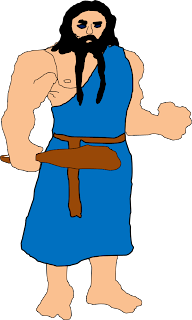