The ancient Sumerians, Babylonians, Canaanites, Egyptians, Persians, Indians, Chinese, Greeks, and Romans inhabited the same world as we do today.  They no longer live upon this earth, but we can be sure that on their time on earth they looked upon the same sky as we do, beheld the same sun, and wandered the same earth.  To these ancients, the world was a dangerous, frightening, and mysterious place.  It was unexplained.  To them, there was no way of knowing how long the earth had been here, where the sun went at night, why the moon changed its shape, or why rubbing sticks and stones together created a fire.  They did not know where the stars came from, or why they only came out at night.  They did not know how humans came about.  Two humans, a man and a woman, had sex, and then a baby emerged from the woman.  Where did the baby come from?  Why was having sex necessary?  Why were men and women different?  Why did humans always seem to want to fight and kill one another, even though they were aware of pain and suffering?  Why did kings rule over commoners?  Where did people go when they died?  They were no longer in their body, but their consciousness must have gone somewhere.

These were questions that faced early humans, and questions which were often discussed by them.  Thus, says the atheist, they invented supernatural beings to explain what was happening, because they did not understand it.  Fast forward to the present day, and things are very different.  We are today aware of natural laws, thanks to science.  We can now answer all of these questions, and we have evidence for these answers.  The old supernatural explanations, which served us well for so many years and yet have no evidence, can safely be thrown away due to their inferiority and utter uselessness.  Materialism is our new haven.  God is dead, and we have killed him.

To the atheist, the very existence of natural laws refutes the supernatural.  There can be no gods, and we now know this.  Our ancestors were wrong about everything.  Natural laws explain the universe and how it works- no gods are involved.  The ancients, as mentioned above, inhabited the same universe as we do.  They were not aware of natural laws and natural explanations, which is why they resorted to the supernatural to explain it to them.  But the fact remains that just because the Sumerians were not aware of the Earth orbiting the Sun and spinning on its axis which caused day and night and the seasons and years, doesn't change that it was happening.  They were just unaware of it.  We can't simply assume that the natural laws were not happening while the ancients were around, because we know it was the same universe, with the same natural laws.  There never were any supernatural gods, not outside of the minds of their devotees. 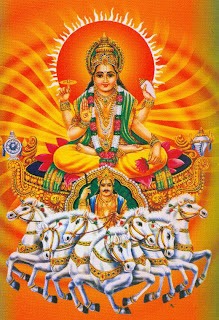 To the atheist, for a modern person to even entertain the notion of supernatural beings is just as childish, laughable, and stupid as a modern person believing in a flat earth.  However much they want to deny it, this is exactly what theists are.  A modern person may accept that there never were any gods.  Zeus, Mithra, Surya, Hanuman, Baal, Jupiter, Vishnu, Shiva, Ganesh, Agni, Dionysos, Apollon, Marduk, Shamash, Ra, Enki, Aset, Amun, Hades, Poseidon, Enlil, Anu- all of them are figments of a primitive human's imagination.  To still entertain notions of their existence is laughable, and as the atheist points out to the Christian, Jew, or Muslim, the existence of their own God is just as implausible. 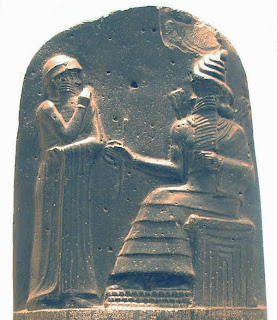 It seems a cold, bleak world without the gods looking down from heaven upon us.  But as the atheist is keen to point out, it is a better world.  Belief in the gods is dangerous and harmful in addition to being stupid.  Just look at the harm that has been done to science and scientific progress.  Just look at the wars and violence fought in the name of religion, and in the name of a god or gods.  Just look at suppression of women, homosexuals, animals, and other groups by priests, prophets, bishops, rabbis, mullahs, oracles, and religious leaders.  Atheism is liberation.  It is freedom from superstition and ignorance which has plagued our species for so long. 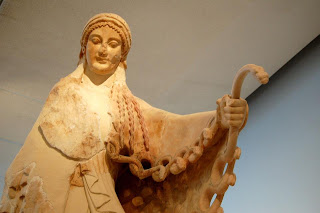 Is this true?  Are the heavens really empty?  Is the universe truly devoid of gods?  To some it is a relief, and to others, a great pain and a matter of great distress.  Is there a middle way?

The argument is certainly appealing.  I will address my thoughts on it below:


It is certainly right that the ancients did not understand where the sun went at night, or how lightening appeared, or how the sea went from calm to dangerous.  Is it true then that Shapash, Baal, Yam, and the spiritual explanations for the way the cosmos works should be discarded immediately with this knowledge in mind?  Perhaps.  But I would like to offer another analogy.

Fast forward to the present, and we can now explain these things, and answer these questions properly.  Physical science gives us answers to the material world.  We know that we needed kings to govern us because evolution has given us tribal characteristics to help us to survive.  We know that men and women need to be different in order for procreation to occur, and it is from the union of the sperm and the egg that a baby is formed.  Children resemble their parents due to genetics.  Survival of the fittest made us warlike and aggressive, like all of nature.  We ourselves are animals, and we evolved from animals.  We know now that the brain controls the thoughts, and that all mental activity takes place within the brain.  We can explain humans, and we can explain the human physically and can offer physical explanations for how it came about.  Does that mean that we can just throw away the spiritual though?  Does that mean that there is no human 'being' (as a concept)?  A being after all, is largely conceptual.  We know how the human body and brain works physically.  But can we throw away concepts, especially spiritual concepts, such as the 'being' or the 'self'?

So, in other words, does the physical explanation mean that there can be no spiritual explanation, and that spirituality is meaningless and can offer no satisfactory explanations in the modern world?

If we can explain how lightening or the sea works with a physical and natural explanation, does it automatically mean that there cannot also be a spiritual explanation, co-existing in perfect harmony and without contradiction alongside it.

This blog post I intend to be the first, and an introduction of sorts, to a series on why we believe in gods.  This might make sense, or it might come off as ridiculous.  Either way, I hope that you will find it interesting and will treat my arguments fairly and reasonably, whether you happen to agree with them or not.  Please note that my intention is not to 'refute atheism' as such, or even to 'refute materialism'.  My intention is instead merely to offer a defense of my religion and spirituality.  Please also note that I am not making straw men arguments with these posts.  When I say 'the atheist', I am speaking generally about arguments I have read online from different atheists and materialists.  I am aware that not all atheists are the same, just as not all theists are the same.
Posted by Benel at 15:03