'The Chart' refers to a chart which has been shared around many pagan, atheist, and science pages.  It proposes to map out scientific progress made in the history of civilization.  It starts with the Egyptians, then the Greeks, then the Romans (each time progressing steadily upward), and then reaches the 'Christian Dark Ages' and drops drastically.

For those of you who haven't seen it, here it is: 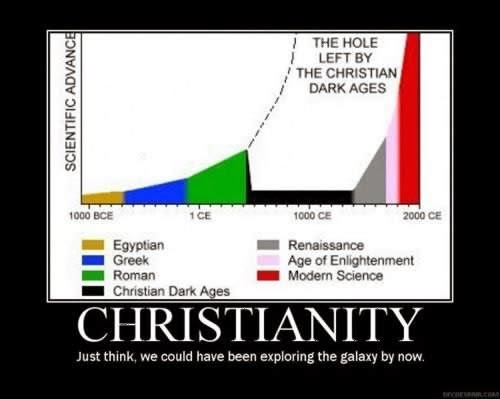 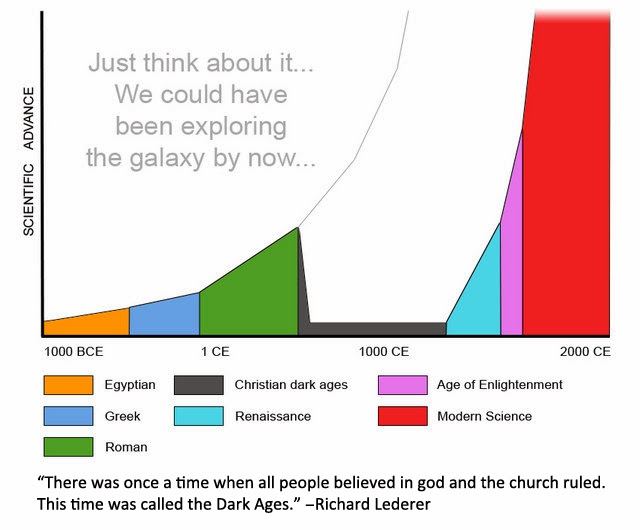 There are a few things wrong with this.  Firstly, how can you even measure 'scientific advancement'?  What unit of measurement do you use for that?  If you want to respond with "It's only a meme- the point still stands", it might be helpful to know that even here it's still inaccurate.  The so-called 'Dark Ages' were a period of advancement like any other.  The Renaissance scientists found their sources in the scientists of the Middle Ages.  Most misconceptions that people have about this time- that people burned people at the stake for claiming that the earth is a sphere, that science was associated with witchcraft, that people halted medical science because they believed it was a punishment from God- all of these and more are simply false.  Medieval monasteries houses vast libraries of Classical knowledge and these works were copied down by the monks.  Even the Muslim scholars of the time got their books originally from the Byzantines, and from here they passed back into the hands of the Christians after being translated from Arabic into Latin by the Catholic monks.

'Hannibal and the Moorish World Conquest': 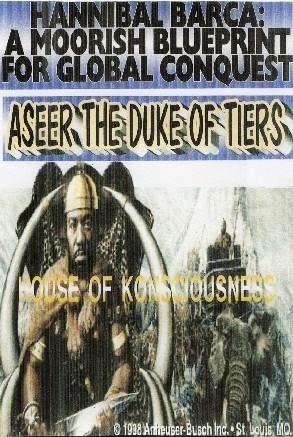 I will admit that when I first saw the cover for this DVD I was slightly confused as to what exactly was the source for the history being purported in it.  After looking around the Internet I found some clips with 'Aseer the Duke of Tiers' talking about it.  Essentially, he claims that Hannibal was black and that the Romans were also.  Anything otherwise is simply historical revisionism.  He asks why is it that ancient Greek buildings look so old and yet statues of so-called 'Caucasian Greeks' look new, and concludes that they were put there in the 20th century.

Among other outlandish claims that he makes are that the Romans "were called Romans because they Roamed from one city-state to another".  That the Romans were originally called Etruscans, and then Minoans, then Greeks, and finally Romans.  Apparently also the Romans changed the original god of the 'Grecian cosmology' from 'Aethops' to 'Zeus', because Aethops meant black.

The comments were even more silly, with someone claiming that it was possible to transport large armies and elephants into Italy through teleportation via magical portals, and that 'Ethiopian nomad tribes' and 'Voodoo practitioners' can still do this today.
Posted by Benel at 11:13