The Moabites were a people from along the eastern shore of the Dead Sea.  Their country was a beautiful country of rolling hills and limestone hills.  It was small, bordered in the north by steep ravines and Mount Nebo.  The land itself was mountainous, though it largely consisted of areas of meadows, fields, vineyards, gardens, and treeless plateau.  The summers were hot, and the winters were cold and wet.  Occasional snow would fall in winter and early spring.

The Moabites themselves lived in a kingdom, with its capital being Ar-Moab or Dibon.  It was ruled by a king.  Other cities included Kir and Zoar.  The Moabite economy was based largely on trade of limestone, salt, and balsam.  They spoke their own language.

Moabites lived in cities, walled towns, and villages.  They were close allies of their neighbours, the Ammonites.  Several times they warred and conquered one another's territory as well.

The Moabites worshiped as their god Chemosh, who they sacrificed to before a battle.  Several of their kings also bore his name.  They also worshiped Astart, Nebo, and Athtar.

The Moabites were wealthy and settled.  They were very well-organized and powerful.  Unlike the Ammonites, who warred frequently and were violent, the Moabites were generally more peaceful and prosperous. 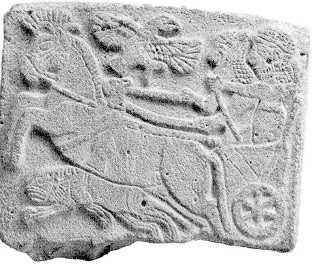